The committee also consider video content received from Northern Artists via the Channel NT Studio submissions with a strong focus on inclusion, cultural and gender diversity, aiming for representation of all art forms, and to encourage wider geographical representation. 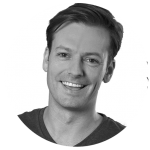 Rick Knight has over 22 years of professional audio and video production experience, as presenter/producer of Darwin Live Gig Guide TV and former radio host of Mix 1049 Breakfast.  A musician and performer, Rick understands the importance of artists finding audiences and fans. In the appointed Channel NT Producer role, Rick is proud to bring together award winning video producers with leading and emerging Northern Territory artists. 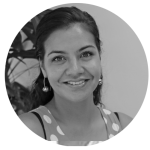 Charmaine is a Yidinji woman from Cairns who started as a journalist working for all major Australian broadcasters before making her way into screen and media. She has most recently directed Tayamangajiri for NITV, co-directed the ABC Kids TV series Project Planet and ABC iView web series Trans Black. Charmaine also worked alongside acclaimed producer Lisa Scott as an attachment on the ABC TV/ Netflix U.S series Pine Gap in 2018.

Charmaine’s passion for storytelling has seen her produce TV content out of Alice Springs, and for the past 3 years, she has been the Media and Communications Specialist with the Arnhem Land Progress Association.

Charmaine likes to tell stories about the unsung hero and those who are often overlooked in mainstream screen. 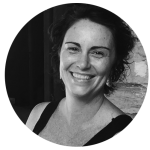 Lori Uden is a Darwin-based freelance arts producer, director and facilitator. Lori thrives when collaborating with local artists, creative organisations, and the broader Territory community. She loves to share stories through art and uses cultural and community development principals as a backbone for her artistic endeavours, collaborations, and expression.  Lori’s skills range from audio and podcast production to live theatre, community events and artist management. 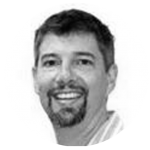 Will Tinapple runs his own consulting, innovation and media production enterprises. He is also a lecturer in Screen and Media at Charles Darwin University. For more than 20 years, Will has been a key creative on more than 250 successful digital projects, including a range of tailored media solutions to a wide range of NT and national clients, government and private, with a strong focus on Indigenous health and education products. With a belief in lifelong learning, he is passionately committed to realizing the ongoing improvements to society that education, film and media can offer and in exploring the role of evocative, meaningful and unique stories and learning in this process.

Hannah has been working in and around community arts for 10 years now and couldn’t see herself anywhere else. After becoming the venue manager of Mayfair Gallery for Darwin Fringe in 2016 and 2017 she went on to be a Co-Producer in 2018 before taking on Co-Directorship of the Festival with Tamara Howie in 2019. Now Hannah has taken on the position of Director as Tamara continues to travel the world spreading the good word of Fringe. Her key passions are seeing people feel empowered to try new things and explore their potential.